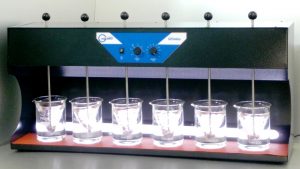 Flocculation is a chemical-physical process of a colloidal system in which the solid phase tends to detach forming flakes in suspension.
First of all at the base of the process there are adsorption phenomena, pH, temperature and ionic power that are environmental factors that strongly influence not only flocculation but, also, aggregate formations, that are flaks in suspension trough the precipitation of dehydrated elements. Flocculators or Jar Test are equipment to perform this test.

The flocculator is a laboratory instrument to support activities linked to analysis and to pollutants in depurations systems of waste waters or also in toxic substances on solid waste so, they help important research. Certainly Flocculators are also known as Jar Tester, and generally they’re designed for a wide range of applications in order to test chemical substances quality.
One of the most common applications of flocculators is the Leaching Test. This test has become important in last years. It has followed the increase in demand regarding possible harmful effects of former waste application as new energy sources suitable for combustion.

What is the cession test?

In particular, the cession test consists in a test during which solid material comes into contact with a leaching from which a liquid substance called flowthrough develops.
Finally the purpose is to determine the release of the material constituent and the degree of environmental pollution, where present, resulting from these constituent, in a medium long time period.

The Multiple agitators for flocculation GFlokku Galli original are instruments for the study of separation, Jar Test, of pollutant substances in waste waters and cession studies, Leaching test, in the environmental sector. They find place in laboratory while the portable GFlokku model is used in the field. The Galli brothers multiple flocculator has a steel structure with an epoxy painting very easy to clean. It also has a non-slip mat for beakers support, a blacklit panel with led light and stirring rods with inox palette adjustable in height.
Because sensitivity towards nature is finally becoming increasingly important, tests and the study of wastewater play a primary role. 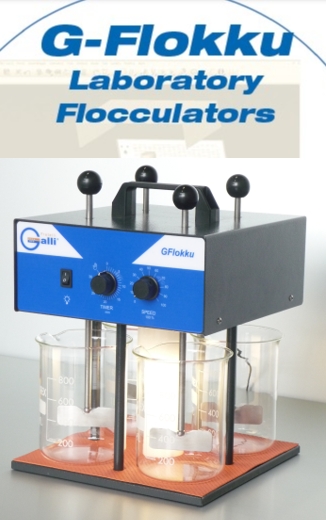 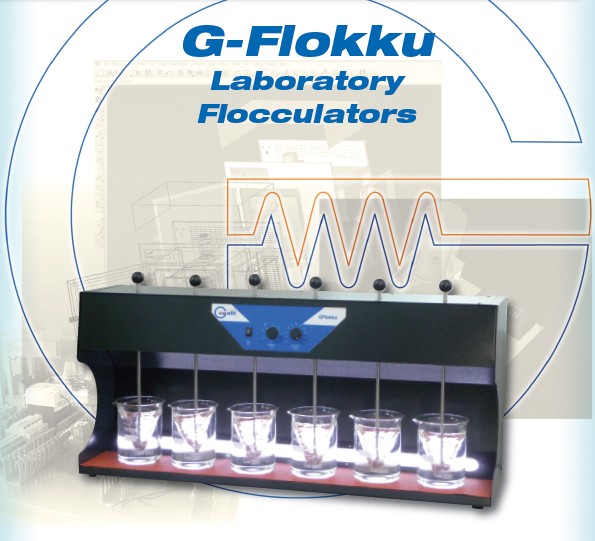